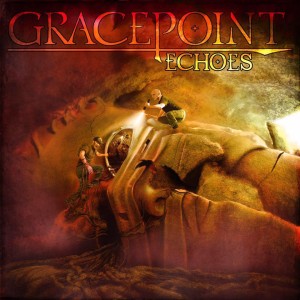 Our first featured artist of 2016 had to be someone special, so we hit one of the best rock scenes in the country; Minneapolis. The twin cities have been known for bringing us great acts and since NFR’s origins in the cities over 10 years ago, we found Gracepoint only fitting and very worthy of being the focus as this month’s featured artist. Tune in to Nuclear Fallout Radio throughout the month to get a double-dose of these guys each time they hit the airwaves.

Since the release of their first album, “Science of Discontent”, Minneapolis based Gracepoint has continued to develop their distinctive approach to progressive metal. The goal from the inception of the band has been to create music that will be appreciated by both musicians and the average metal head.

While “Science of Discontent” had a raw, underground sound, their newest release “Echoes” (April 8, 2016) is the result of a collaboration with legendary producer/engineer Neil Kernon (Dokken, Queensryche, Nevermore).

Drawing on a wide array of influences from classic heavy rock and metal, thrash and death metal, and a variety of progressive bands from the 70’s through today, Gracepoint has forged a heavy and rhythmically complex sound that remains focused and accessible.

Together, the band tempers a myriad of time signature changes with groove, melodic sense, and concise song structures thereby forming the backdrop for the clear and powerful vocals of singer Matt Tennessen who brings another level of emotional depth and color to the music.