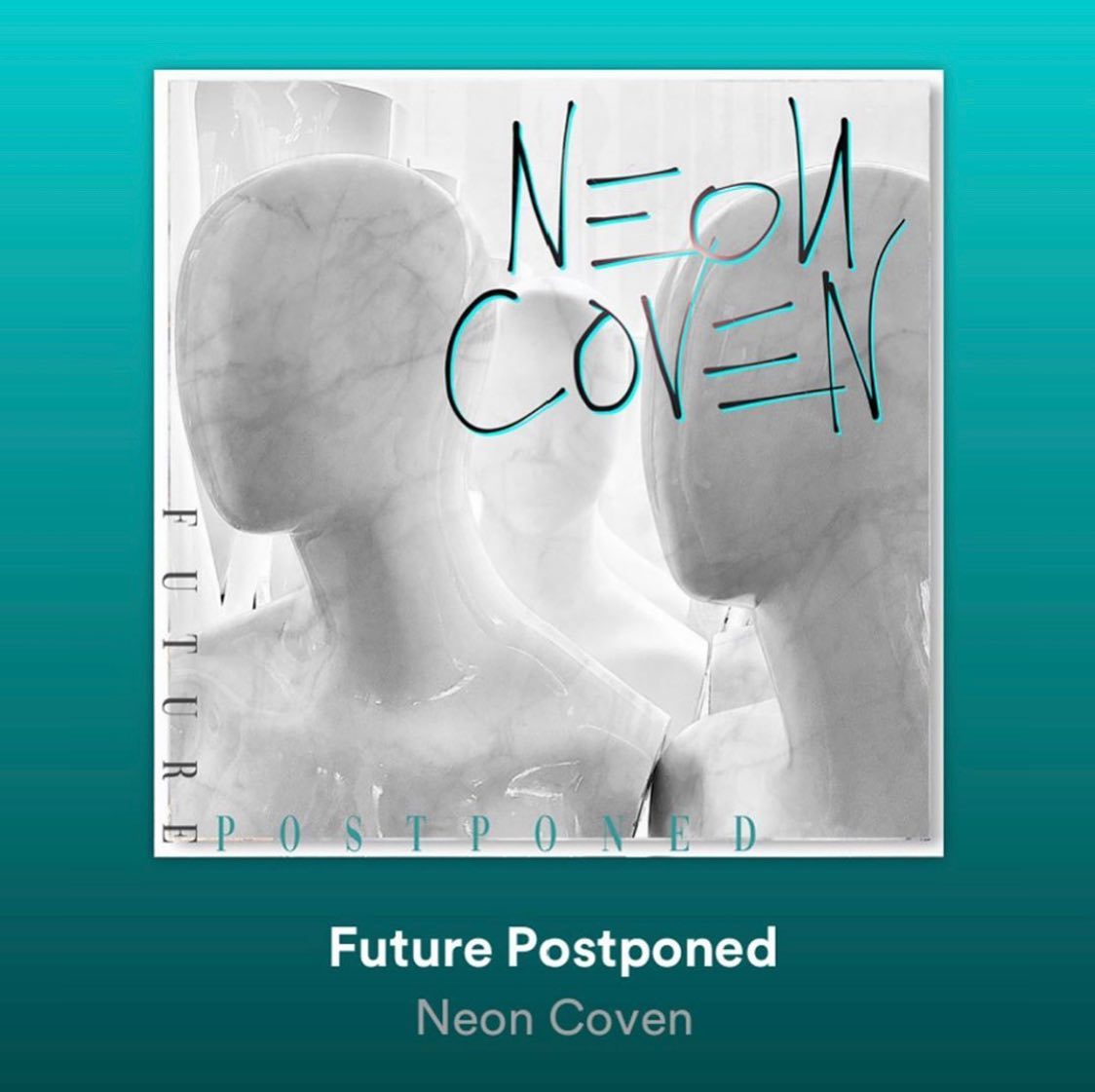 
Our first featured artist of 2021 had to be someone special, so we hit one of the best music scenes in the country, Los Angles. The west coast has been known for bringing us great acts, and we found Neon Coven only fitting and very worthy of being the focus as this month’s featured artist. Tune in to Nuclear Fallout Radio throughout the month to get a double-dose of these guys each time they hit the airwaves.

“Future Postponed” will be released October 30. Produced by Bunton, the LP features 11 tracks ranging from songs about survival and balance to emotionally charged anthems of empowerment. The songs live in the space between challenging the need for certainty and, ultimately, learning to accept uncertainty.

“‘Future Postponed’ is set to inspire, intrigue and terrify all at once,” states Von Johnson. “The material within runs a musical gamut, in which we as a band proudly exercise our ability to take bold strides in diversity. From dance-pop to goth rock, each song will take you twisting down a new road. I’ve worked on a lot of albums in my career, and thus far, this is the one I’m most proud of.”


NEON COVEN abandoned much of the ethos of the tradition of heavy rock to create an intellectual and theoretical sound, linked to an emphasis on anthemic, synth-heavy dance-music. The band came together when Von Johnson, Bunton, Montemarano and Cunningham formed the band as a side project on the suggestion of a mutual friend.

“We were all on the Monsters Of Rock cruise,” explains Bunton. “Our mutual friend April Lee said, ‘You guys should start a band.’ Ace and I had been friends for years, and we both met Anthony on the cruise. After we got back to L.A., we started writing songs whenever our schedules would align.”

NEON COVEN released its first EP, “Risen”, in 2017, containing the songs “Bleeding Love” and “No One Knows You’re Dead”, which appeared in the horror movie “Hesperia”. The band followed the EP with a cover of DEPECHE MODE’s “Never Let Me Down Again” in 2018. In 2019, the band released its second EP, “The Haunting”.