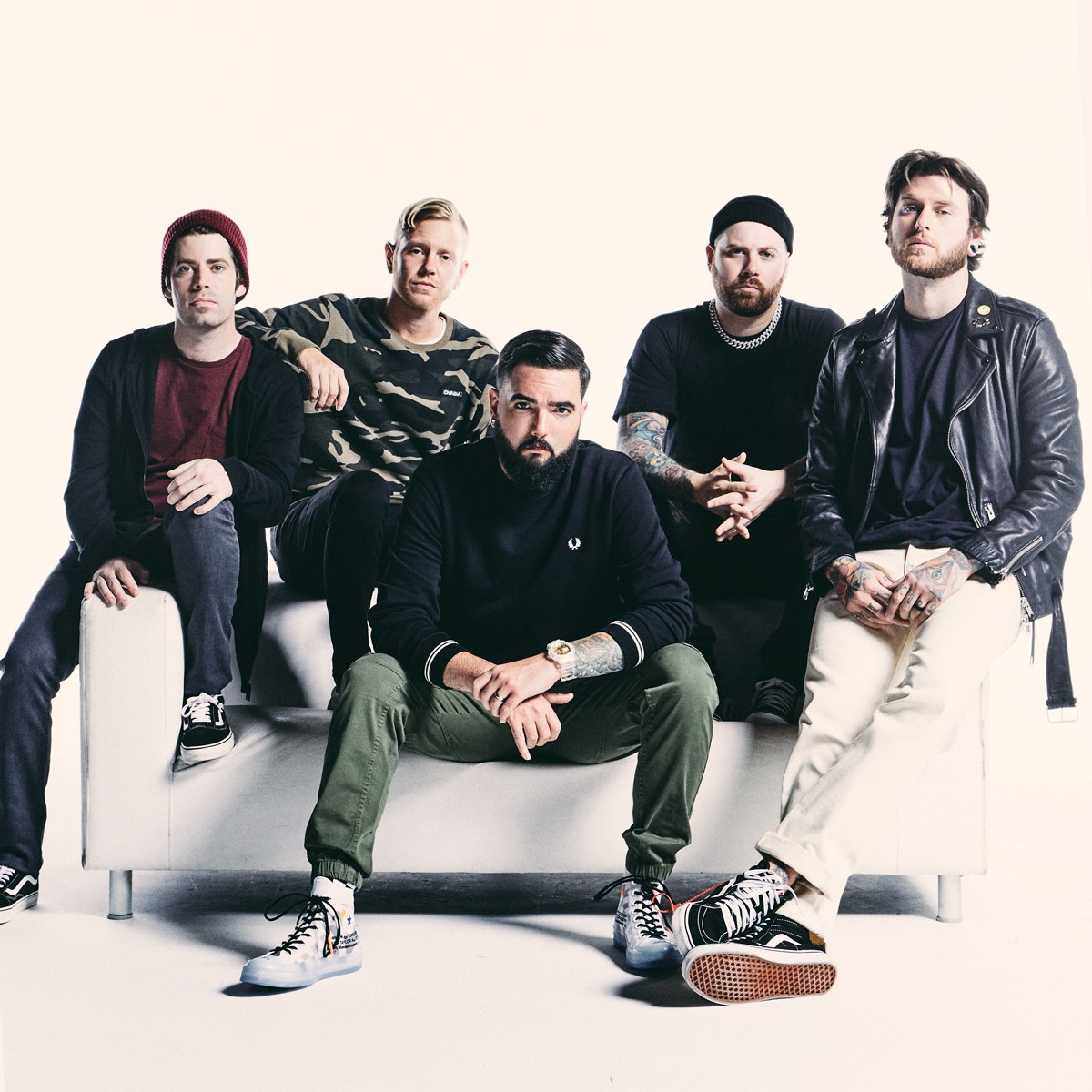 A DAY TO REMEMBER has shared an official Reel Bear Media-directed music video for its single “Everything We Need”, which is featured on its recently released album “You’re Welcome”. Co-written by A DAY TO REMEMBER‘s Jeremy McKinnon with multi-platinum superstar Jon Bellion, Nick Long and Collin “Doc” Brittain, “Everything We Need” is an understated, yet uplifting exhale of emotion. The track is currently impacting Active Rock Radio, rising to Top 25 this week on the airplay charts and approaching 2.5 million streams worldwide. “You’re Welcome” is available now on all streaming platforms, with exclusive merch bundles and multiple vinyl variants of the LP available in the band’s official store.

Pegged as one of the “Most Anticipated Rock Albums of 2021” by Forbes, Consequence Of Sound, Kerrang! and more, “You’re Welcome” is largely produced by Brittain and McKinnon. The 14-track collection represents another major step forward for the acclaimed quintet, and is highlighted by early singles “Brick Wall”, “Degenerates”, “Resentment” and “Mindreader”. Additional album standouts include “Bloodsucker”, which ravages with an infectious intensity, as well as “F.Y.M.” which spouts punk energy through an unforgettable chorus. The band shows its versatility and multifaceted songwriting with towering stadium-sized tracks like “Viva La Mexico”, while “Everything We Need” closes out the album with a plaintive melody and acoustic eloquence.

Having amassed over 1.6 billion global streams to date, A DAY TO REMEMBER is now inciting critical applause with “You’re Welcome”. Revolver declared, “[‘Brick Wall’] showcases the group’s signature mix of post-hardcore heaviness and pop-rock hooks,” while Consequence Of Sound wrote, “the Florida rockers’ new LP will continue their wide-ranging sound that ranges from infectious pop-punk to crushing metalcore.” Forbes put it simply, “It seems A DAY TO REMEMBER are only just getting started,” and Billboard praised the band’s “anthemic hybrid of post-hardcore and pop.” Popdust avowed A DAY TO REMEMBER “have all but mastered their niche melding of pop melodies with hardcore music,” while Kerrang! attested, “‘You’re Welcome’ is the perfect soundtrack to this strange and uncertain world that we live in.”

Earlier this year, A DAY TO REMEMBER unveiled ots first-ever acoustic livestream event, “A Day To Remember: Live at The Audio Compound”. After premiering the stream on its official YouTube channel, the band surprised audiences everywhere by releasing the career-spanning nine-song performance as an acoustic live album, “Live At The Audio Compound”, which is available now on all DSPs.