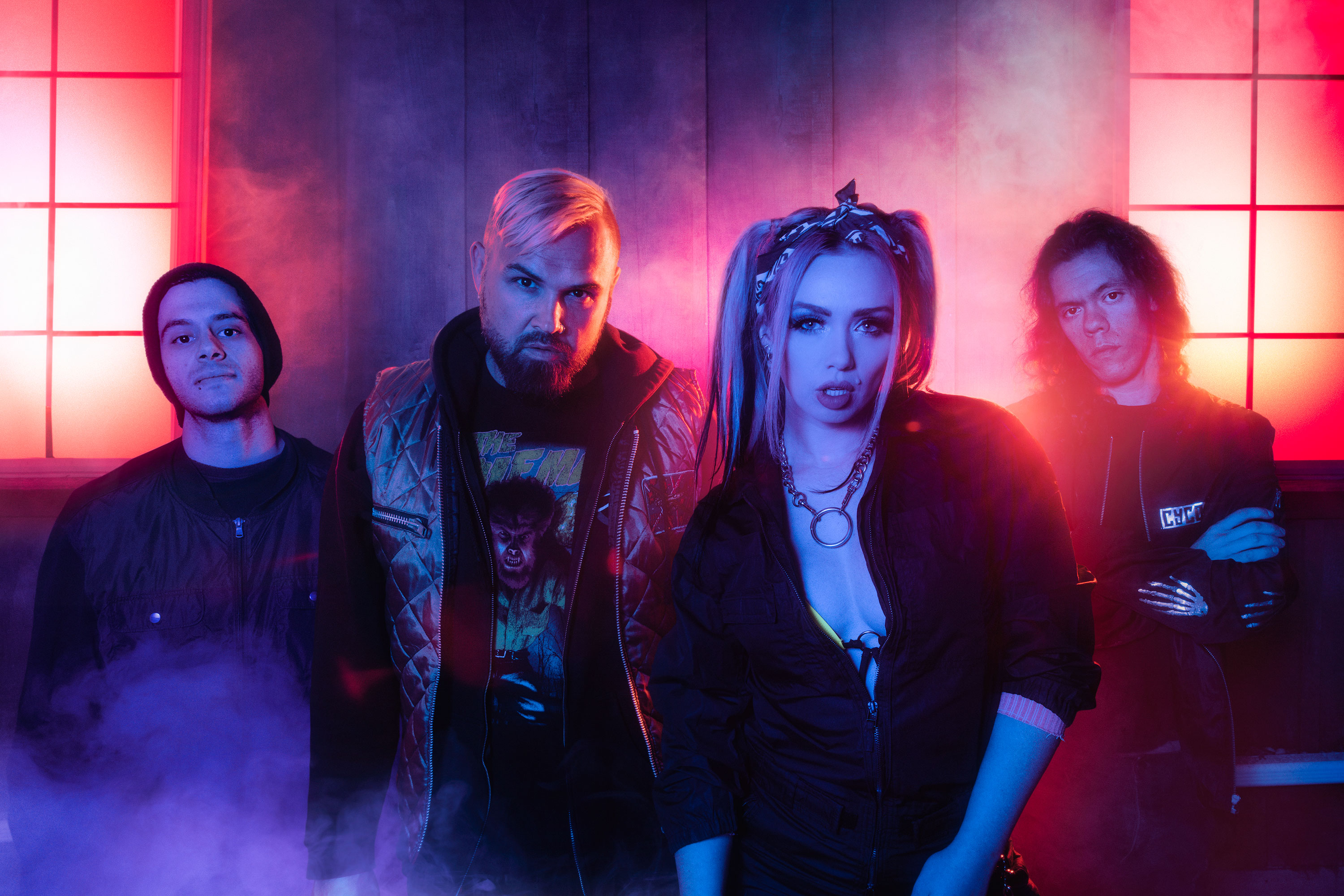 SUMO CYCO have hit it out of the ballpark with their latest single and video released today ‘No Surrender.’ The Canadian Hard Rock/Metal crossover bends genre lines that are unique and will attract an audience variety that has not been seen in the hard rock world in quite a while. Lead singer Skye ‘Sever’ Sweetnam pulsing vocals remind that fast lyrics are not just in the world of pop and hip-hop and when used the right way in hard rock & metal, can bring new life to the genre that is often plagued by similar sounding artists. SUMO CYCO’s fresh-take off their upcoming album Initiation make it one of the most compelling albums of this year so far. The hype-train is very much alive and be on the lookout for a review from us when it arrives May 7th from Napalm Records. The album is available for Pre-Order now.

SUMO CYCO’s explosive first single/video, “Bystander”, burst with attention upon its release in mid-February, garnering over 100,000 YouTube views in just four days! Now, the multi-faceted musical powerhouse has returned with another single – the chaotic, sauntering “No Surrender”. Packing a punch with pop star-turned-rock frontwoman Skye “Sever” Sweetnam’s dynamic vocal delivery and an impassioned, riffy chorus, the track coincides with an introspective music video.

Skye “Sever” Sweetnam says about “No Surrender” and its video:
“’No Surrender’ is about the struggle to be your authentic self, living your truth and battling inner demons. The music video depicts four characterized versions of myself representing different sides of my personality and how I see myself. They’re lurking in the darkness over my shoulder, always questioning each other’s decisions.

The song is written from the perspective of the voice or voices in my head. Telling me to run one moment and another to hold my ground and another to fight back. In between some epic rocking out with the band, I wanted the viewers to visualize the colorful juxtaposition that goes on in my mind.”

SUMO CYCO’s Initiation invites a mass of new followers into their warped, dystopian-like world of “Cyco City”! As with its predecessors Lost In Cyco City (2014), Opus Mar (2017) and countless singles, Initiation is based in the imaginative conceptual location of “Cyco City”. But unlike most concept albums, the lyrical content is inspired by the band’s real-time environment – featuring timely, personal themes of love, sacrifice, anxiety, empowerment and more that all listeners can relate to.

Sweetnam adds about the album:
The album’s title, Initiation, stems from wanting to invite the audience to be “initiated” into our world. There are usually two congruent themes to each of our albums – one is real-world inspiration, and the other is “Cyco City”, a comic book-esque alternate universe where all our music videos take place. With Initiation, we introduce four gangs or clubs. Our music videos for Initiation all include a theme of these clubs – whether it’s gang vs. gang, a forbidden love between opposing sides, or the idea of having to choose where you belong.

Outside of the story, the lyrics relate to the polarization of the world we live in now. We all have a longing to belong, but what makes one feel accepted or ostracized from a group? To be INITIATED, would you be willing to try to understand another point of view? I have always written lyrics about internal struggle, the war within oneself. Throughout the album, we bounce back and forth between struggle and overcoming. It reflects the times, and there are moments that seem a bit dark.”

At the album’s start, SUMO CYCO lights a spark with the seductively hooked track “Love You Wrong”, connecting like a punch and setting the stage for the vigor to come. The blitz continues with standouts like lethal room-mover “Bystander” and electronic-infused, in-your-face rock anthem “Vertigo” – the latter standing tall with its airtight, gritty pop sensibility and featuring the production mastery of Juno Award-winning producer Kane Churko (Ozzy Osbourne, In This Moment, Papa Roach). Swiftly followed by erratic, addictive nod-to-the-times “Bad News” and heavy, creeping success “No Surrender”, Initiation proves not even halfway through that the band’s songwriting ability and the commanding performance prowess frontwoman Skye “Sever” Sweetnam, guitarist Matt “MD13” Drake, bassist Oscar Anesetti and drummer Matt “Trozzi” blend a recipe for greatness. The album continues winding through a mastery of heavy-meets-pop execution before ending with the full-throttle, sugar n’ salt packed album closer “This Dance Is Doomed” (while various editions cap off with sultry, confident “Awakened”).

By the end of Initiation, listeners will wonder just what exactly SUMO CYCO can’t do, proving them as a band on the rise, and that unconventionality always stands out from the pack. 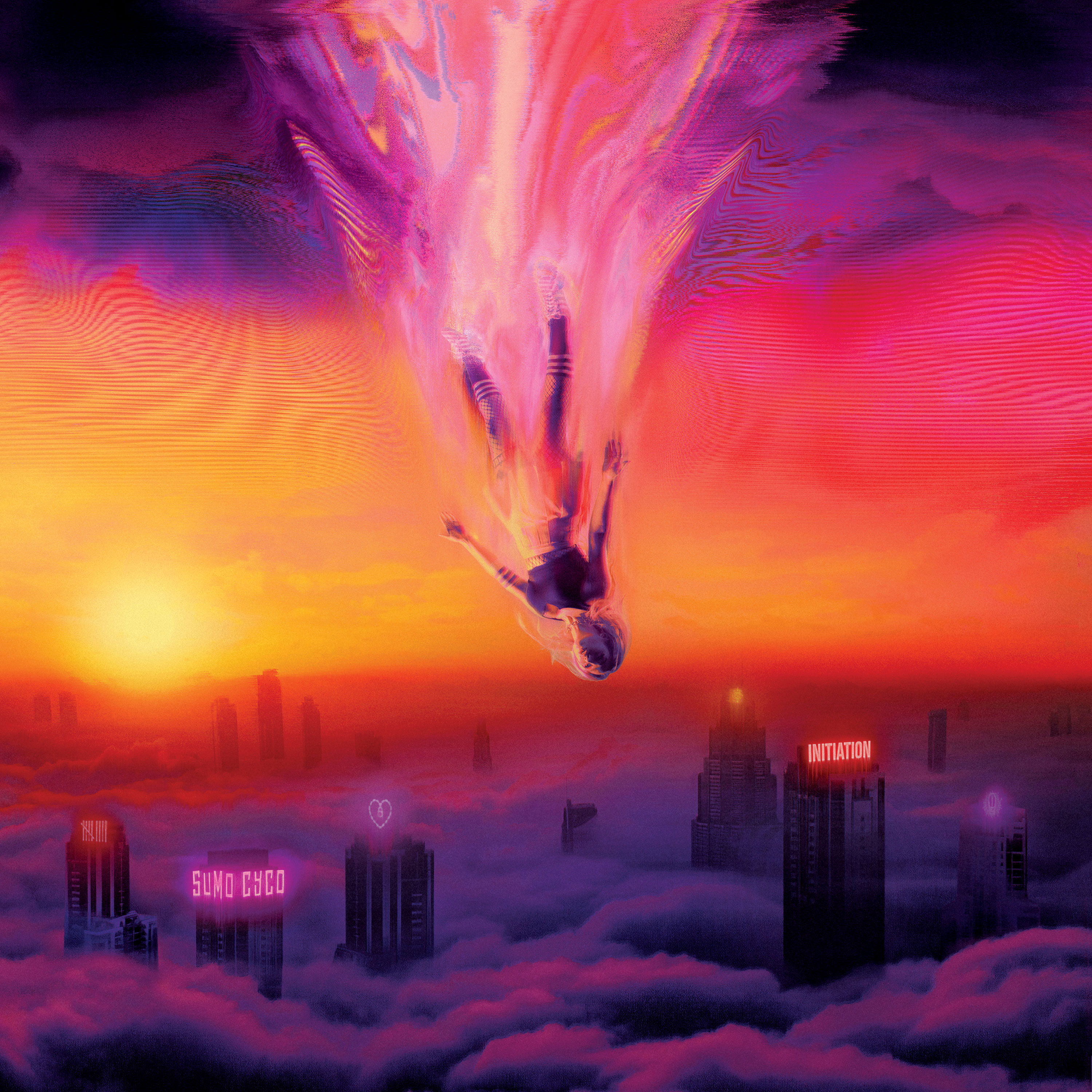