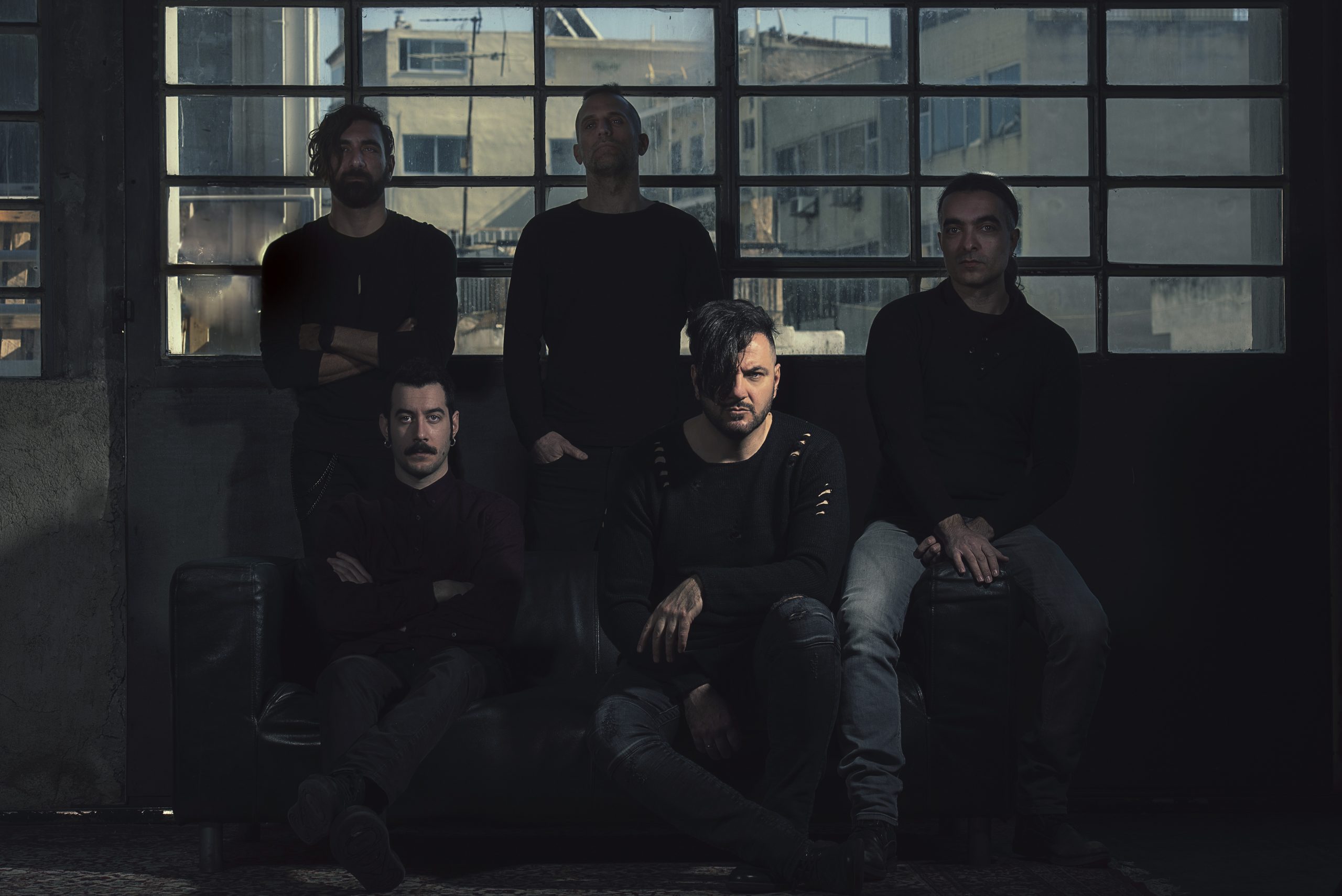 Greek modern metal five-piece SCAR OF THE SUN is poised to reach the next level with the release of their otherworldly third full-length, Inertia, out May 14, 2021 via Napalm Records. The album delivers a fresh take on melodic, atmospheric, often progressively-influenced metal while forging a unique path, and acts as a follow up to their self-titled demo (2005), debut full-length A Series Of Unfortunate Concurrencies (2011) and sophomore offering In Flood (2016).

After sharing the stage with outstanding acts such as Dark Tranquillity and Insomnium, as well as compatriots Rotting Christ, SCAR OF THE SUN has made a name for themselves with the very special ability to merge modern metal sound with atmospheric soundscapes and dynamic riffs. Inertia‘s first offering, “I Am The Circle”, along with a captivating, dynamic official music video, serves as an exciting taste of lies ahead: Razor-sharp riffs kick off this energetic modern metal smasher, altering between fast-paced and atmospheric moments as frontman Terry Nikas presents his full vocal ability, from aggressive growls to clear singing.

Vocalist Terry Nikas on the first single:
“New, heavier and groovier SCAR OF THE SUN, but always catchy! Years of fighting compressed our anger in a few minutes shape!”

SCAR OF THE SUN on the video for “I Am The Circle”:
“’I Am The Circle’ is the first video from our upcoming album Inertia. It acts as a dynamic and direct introduction to our sound and band presence. The video was directed by Achilleas Gatsopoulos who has been responsible for the overall visual aesthetic of the band since the beginning. The look is a solid combination of raw performance and our distinct graphic design approach. We will explore the world of Inertia even deeper with the release of the next videos in the following months, leading to the release of the album in May.”

On Inertia, SCAR OF THE SUN utilizes scientific terminology to transmit their impassioned messages of difficult trials and social awareness lyrically, conveying an overarching theme that reflects one of society’s heaviest burdens – that financial gain has flourished at the expense of humanity and the livelihoods of everyday people.

Terry Nikas about the album:
“Third strike, this album is our punch to the world disarray! The most aggressive album we’ve done so far indicates our current intentions! The main concept of Inertia deals with how financial interests act against the lives of everyday normal people, no matter where you come from, since profit knows no ethics and nationalities.

We become lab rats and we struggle in our everyday life while at the same time that extreme minority that runs the financial interests see people like numbers and value our lives like ants. These are matters that concern and annoy me and I had to get them out of my chest.”

Instrumental intro “Hydrogen” stirs things up before kicking in with hard-hitting title track “Inertia”, evoking a truly thunderous verse and, propelled by blasting drums, leads into an undeniably catchy chorus, while the “Quantum Leap Zero”-trilogy conveys very intense and dramatic events that occured in Greece in 2015: Suppression, rise/revolution and huge defeat in the end. Beginning with “Quantum Leap Zero I: Torque Control”, SCAR OF THE SUN unveils a whole new instrumental facet of the record, splicing their soundscapes with distinctively desolate vibes. “Quantum Leap Zero II: Transition To Turbulence”, on the other hand, calls for an untamed storm to annihilate everything, followed by atmospheric “Oxygen”, smashing “The Fallible Experiment” and poignant trilogy-closer “Quantum Leap Zero III: Thrust”. Inertia ends with “Anastasis” (Greek for “resurrection”), an intense track about the terrible pain of losing someone you love. With this closer, SCAR OF THE SUN manages to put agony into words and turn this palpable despair into emotive music. 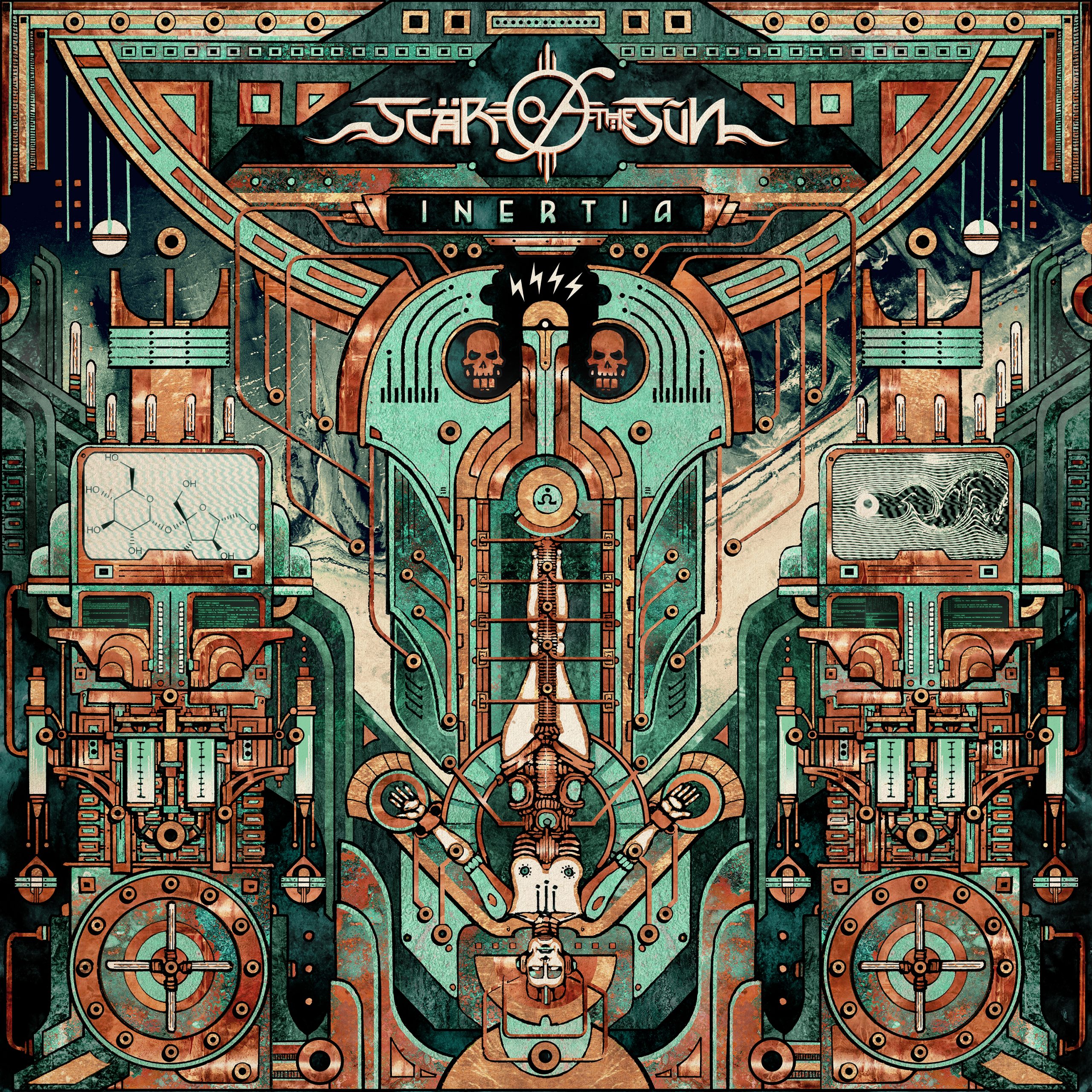