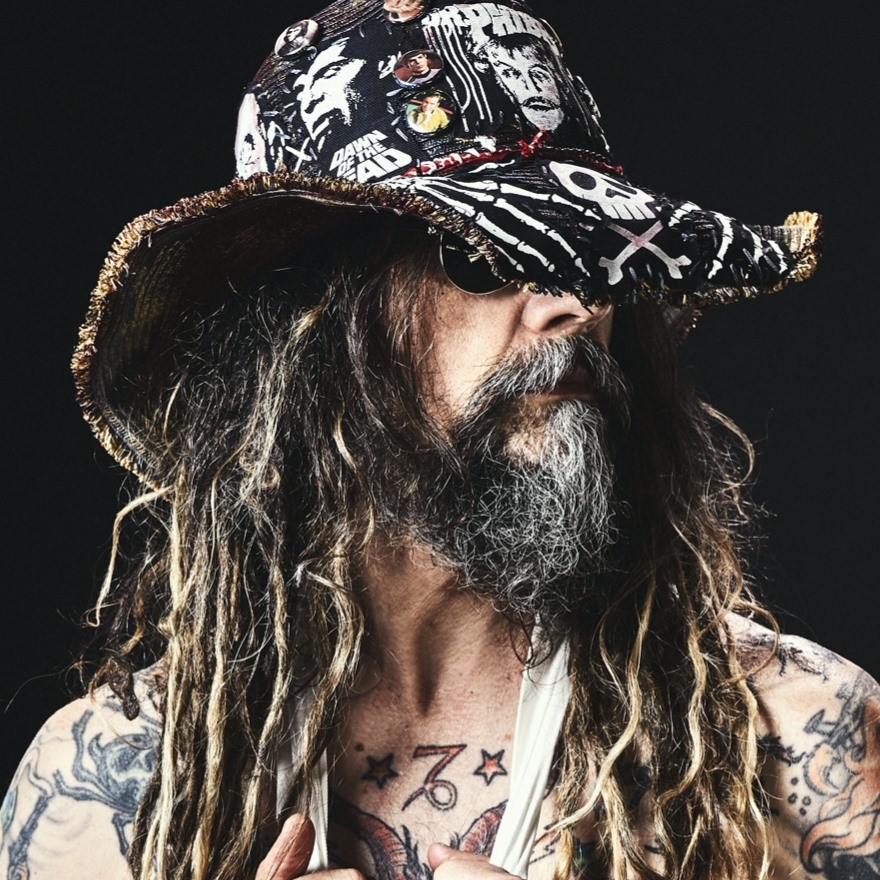 (Via Blabbermouth) Rob Zombie‘s official music video for the song “Crow Killer Blues” can be seen below. The track is taken from his seventh studio album, “The Lunar Injection Kool Aid Eclipse Conspiracy”, which is being released today (Friday, March 12) via Nuclear Blast.

Regarding the “The Lunar Injection Kool Aid Eclipse Conspiracy” album title, Rob said: “I like to try to think of an album title that you’ve never heard before — even though it’s probably one that you cannot remember. ‘Cause nothing bothers me more than when I see the same title on multiple records. I’m, like, ‘C’mon, man. There’s a lot of words out there.’ And I don’t just string crazy stuff together, even though it sounds like it… I spend a long time on the title, and it changes constantly. When I first start the record, I don’t know what anything is gonna be called, I don’t know what it’s gonna sound like. And then as the record starts forming, I start coming up with multiple titles, or ideas for titles. And then, by the time the record’s done, I usually have what I think might be the title. And everyone’s, like, ‘What’s the title? What’s the title?’ And I’m, like, ‘Ehhh… I don’t know yet,’ even though I do know. And then I start messing around with the artwork, and then I’ll change the title again, because I’m, like, ‘Oh, now that doesn’t look like that. It doesn’t fit.’ So, as random as it may all seem, I spent a lot of time trying to [find the right title for the record]. And hopefully, when you’re done listening to the record, what may sound like nonsense before you hear the music, after you’ve heard all the music, you can think to yourself, ‘Well, of course, the only thing this album could have been called is ‘The Lunar Injection Kool Aid Eclipse Conspiracy’.”

01. Expanding The Head Of Zed
02. The Triumph Of King Freak (A Crypt Of Preservation And Superstition)
03. The Ballad Of Sleazy Rider
04. Hovering Over The Dull Earth
05. Shadow Of The Cemetery Man
06. A Brief Static Hum And Then The Radio Blared
07. 18th Century Cannibals, Excitable Morlocks And A One-Way Ticket On The Ghost Train
08. The Eternal Struggles Of The Howling Man
09. The Much Talked Of Metamorphosis
10. The Satanic Rites Of Blacula
11. Shower Of Stones
12. Shake Your Ass-Smoke Your Grass
13. Boom-Boom-Boom
14. What You Gonna Do With That Gun Mama
15. Get Loose
16. The Serenity Of Witches
17. Crow Killer Blues

On the topic of why it took such a long time to release “The Lunar Injection Kool Aid Eclipse Conspiracy”, Rob told Consequence Of Sound: “The record has been completely finished for a long time, because what happened was the whole record was completely finished before I made [my latest movie] ‘3 From Hell’. I thought, ‘Okay, we’re going to finish this record, and then we’ll go on tour’ — because movies take so long to get funded and up and running, but then suddenly I had the funding for ‘3 From Hell’. So I’m like, ‘Okay, I’ll just shelve the album right now.’ But we did do some more touring ’cause I did another ‘Twins Of Evil’ tour, but I was like, ‘The tour is just one summer. I don’t want to put out the record. We’re not really there yet. We’ll just, we’ll just hold it.’ And then we were all ready to do a tour and release the record and the whole big thing, and then pandemic hit. So I was, like, ‘Oh crap. Well now we can’t do it.’ So we shelved it again, but we had never made an official release date, so no one knew we were shelving it. And then after just being stuck for so long with this pandemic that seems like it’s never going to end, I was like, ‘Let’s put this out.’ People are stuck at home, they’re listening to music. It’s frustrating. I don’t want to sit on this thing for freaking five years. So that’s why we decided to put it out.”

As for his earlier statements that both he and guitarist John 5 made declaring “The Lunar Injection Kool Aid Eclipse Conspiracy” the best Rob Zombie album yet, Rob said: “It can be a very hollow statement because everybody says that [when they release a new album] — what are they supposed to say? But I feel the last three records have really been on an upward trajectory. When you have a career that’s long — it started in 1985 — you kind of have peaks and valleys, not just sales-wise or whatever, but just even creativity-wise. You kind of tap into a vein of something, and then that kind of expires and you’re like, ‘Oh, where are we going now? I don’t want to just like keep repeating ourselves.’ And sometimes you get stuck. Even if you’re still making good records, you don’t feel inspired.

“The ‘Venomous Rat’ record was the record that felt re-inspired,” he continued. “It was the record when Ginger Fish joined the band, and it seemed like for the first time we had a solid band. Up until then, there was always somebody coming or going, and it really fucks with the chemistry of the band. Even if the new person is a great person and they’re an amazing musician, sometimes the chemistry is not there. So, that’s why I think the last three records have really locked into a vein of, ‘Okay, this is who we are and what we do, and it’s really been working.’ So, I think that’s why we felt that way about the new record.” 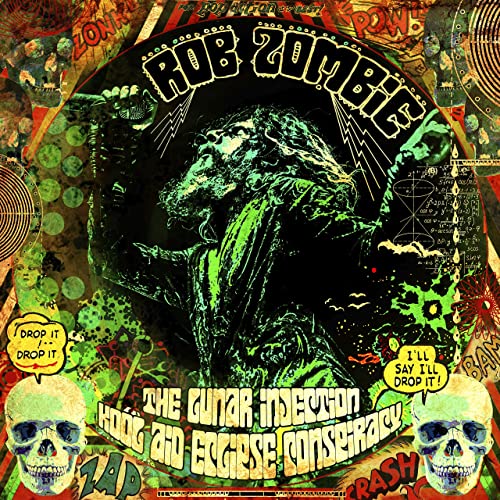